The Historical Society of Cheshire County is having a pop up exhibit to commemorate the film “Lost Boundaries“.  The exhibit is only up through Feb. 16th, so please plan to visit so you get a chance to know about the wonderful and brave Dr.Johnston. 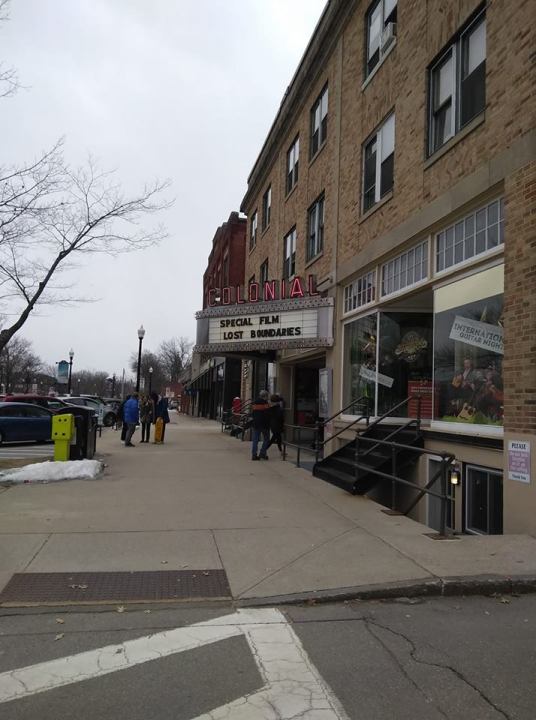 It’s hard to believe it has been 70 years since this film was released.  This film that was a success, financially and in winning awards, was an act of faith and bravery by those who produced it.

First the Johnston family.  Race identity is still a serious topic in the United States.  Black blood is still often seen as “tainted”. Even a drop of Black blood makes many believe you are just “Black”. 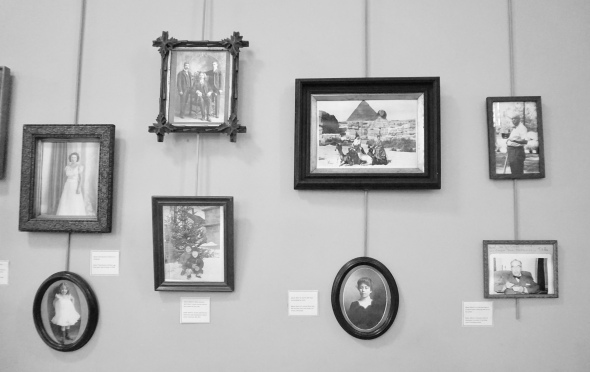 a grouping of family photographs

The film “Lost Boundaries” deals with a family that decides to pass.  Passing was much feared by the white community.  It meant you could accidentally marry someone “Black” and then your children would all be Black.

The film shows this was not an easy decision.

The film also highlights the fears of being found out. 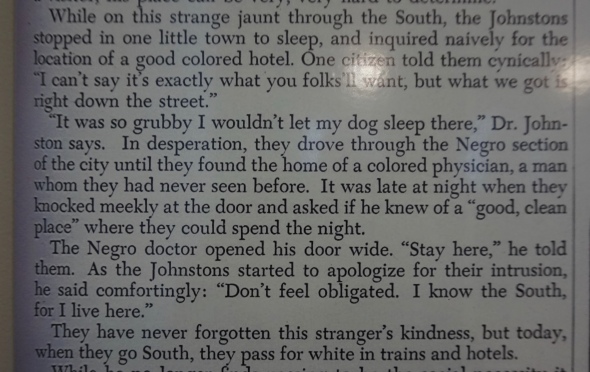 Johnston could only apply for jobs at Black hospitals.  These jobs were very few, and when an opportunity came to pass as a white doctor in a good community, he was advised to take it.  He came to be known as a part of the community, easily settling down in this very old and historic town.

What isn’t seen in the movie, and is covered in detail at the exhibit, is the rest of the story.

This is still common today.  I don’t like THEM, but oh the ones I know are alright.

It was Dr.Johnston himself who agreed to the story of his family becoming public. He could have chosen to stay passing.  He had no clue what the result of coming out would mean for his family and his practice. He was the father of 4 children, and wrote about how much he enjoyed living in Keene.  He was willing to risk all of that, in order that the truth of the difficult decisions Black families are forced to make, could become public. 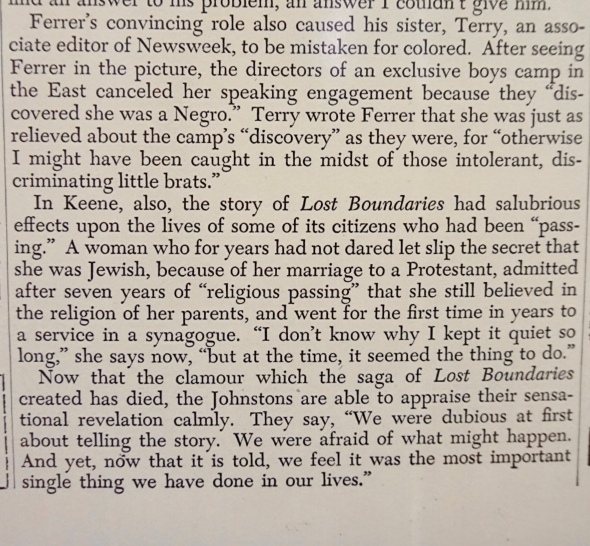 Mel Ferrer starred in the film as Dr.Johnston.  He is not part Black. He was told taking this movie role could end his career.  He was well known as a Broadway actor and he said he didn’t care.

The film could not find financing, so the producer, Louis de Rochemont, mortgaged his house to pay for the cost of filming.  The filming was done in the state of New Hampshire, giving the movie a feeling of being a private documentary.  The mountains, streams and historic homes make New Hampshire an important part of the story.

I would encourage anyone that is able, to get in a visit to this exhibit. I could write the “rest of the story”.  But, no one can write the rest of the story as well as Dr.Johnston.  His later speeches to NAACP groups can be read.  What happened to his 4 children?  What happened to his practice? Seeing that information first hand is a moving experience.