THE DIFFERENCE BETWEEN LEE AND WASHINGTON STATUES!

WASHINGTON – He was our FIRST PRESIDENT, and he WON.

LEE- He was a general and he lost.

When your enemy puts up a statue of  you, that means they respect you.  Washington statue in London. 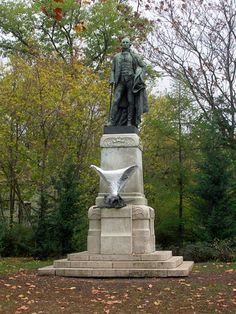 Washington in Budapest, because nations around the world have statues to him. He still stands for the hope of Democracy.

The French love Washington. They helped him win the war, and also he inspired their own attempts at Democracy.  He’s still respected as a statesman today.

Why stop at ONE? Here is Washington with his beloved friend Lafayette.  Lafayette is buried on AMERICAN SOIL in Paris.

Lee got a statue because he was a great and well loved movie star and an inspiration to Asians and people everywhere.  Also if you google “Lee statue” this pops up!  This one seems to be not controversial.

General Robert E. Lee got a lot of statues as he was a general that lost.  He never liked statues and I admire him as he wrote that statues and monuments to the South would cause our nation great strife.  Unification of the Union was something he worked hard for.  Even he would be on the side of the people saying “Take it down.”  He never wanted THIS to be his legacy. (his family agrees, they are good people indeed.) Most people get it’s not about Lee.