Marvel Movies and Election Rhetoric
by Kitt Bradley
As a woman of a certain age, I have seen a number of presidential campaigns. As a
mother, I have some familiarity with the content of the Disney Channel, especially the
late afternoon programing designed to appeal to the preteen / teen market. I did not
expect that my kid watching TV would help demystify the current election for me.
It is common for the Mouse Empire to take advantage of their audience by doing cross platform promotional interludes. Disney TV actors and actresses will do special “behind
the scenes” looks at upcoming Disney film releases—and Disney now owns the Star
Wars franchise and the Marvel Cinematic Universe.
So it’s not all that surprising that there was a television segment designed to hype the upcoming “Captain America: Civil War” film.

Not this Civil War….

For those who aren’t familiar with the basic idea, the Marvel ‘civil war’ is about the
superheroes splitting into two opposed teams when the governments of the world wantto have control over when and what the heroes will do against various evil threats. Iron
Man, who is billionaire inventor Tony Stark in a tricked-out flying suit of armor, thinks
that such powerful individuals should be held accountable and play by the rules.
Captain America, who is the resurrected-from-stasis World War II super soldier Steve
Rogers, thinks they should not be pawns of the Powers That Be. The ensuing struggle
spreads to not only the expanded Avengers team, but other Marvel heroes like Ant Man,
the Black Panther, and Spiderman. 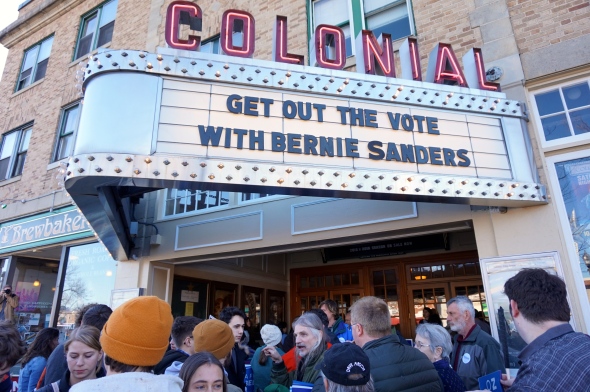 This is a great conflict for a story, because it lets you pit good guys against each other.
This is a difference of philosophy. It raises the issues of the dangers of vigilantes and
also of blind obedience to elected officials who may not have the knowledge necessary
to make good decisions. It raises (at least implicitly) the question of a soldier’s moral
obligation to refuse to follow illegal orders. It raises the issue of ‘who watches the
watchmen’. These are all very important notions for us to grapple with, and ideas which
can be grounds for honest disagreement between good, intelligent, thoughtful people.
The Disney promotional piece had actors who play characters on Disney TV shows
arguing over whether they backed “Team Iron Man” or “Team Captain America.” They
mentioned members of each team—with, of course, keen video snippets—and what
neat powers they have. They talked about what they liked about each team leader.
They ended up—unsurprisingly—with one choosing to cheer for each side.
What they did NOT do, even once, was mention the underlying ideological difference.
They just talked about personalities and how ‘cool’ people on each side were. They did
not mention why the two sides were fighting; they just asked the audience to pick a side.
Suddenly, the election and all its surrounding online nastiness made sense. It’s not
about what, how, or and why, it’s only about who. And not based upon what they say
they think about any issue, but only about what they emotionally represent to the viewer.
Looked at through that lens, the widespread and virulent nastiness of the attacks on
candidates (and their followers) does make a certain kind of sense. The bitter conflict
between supporters of candidates from the SAME party can be understood.
Team Hillary is cool because she’s a woman who has the same kind of political
experience and background as a typical male presidential candidate. She represents
breaking the ultimate glass ceiling, and the Democratic Party as it has been most of the
last 25 years. Team Bernie is cool because he’s the un-party rebel, the unvarnished left
wing who wants the US to be much more like European countries—lots of benefits paid
for by taxing the ‘fat cats’. Bernie’s backers call Hillary a “Democrat who is functionally a
Republican”; Hillary’s backers call Bernie a “hardcore Socialist who doesn’t understand
how America works.” And those are the kindest, most rational things they say. More
common epithets refer to female dogs and wishful thinking untouched by any grasp of
reality.
Team Ted Cruz is cool because he’s the American story of a child of immigrants who
made good in the US. Team Trump is cool because he is not a politician, not part of the
system, he’ll do things completely differently. He’s independently wealthy and not
beholden to the GOP machine. Cruz’s followers say Trump has no relevant background
and says things that embarrass the country—proposing the impossible or the immoral
and playing to people’s dark sides. Trump calls his opponent “Lyin’ Ted” and says he’s
a back-room dealer who is trying to steal the nomination. Again, the rhetoric gets much
more schoolyard and nasty than that.*

The thing is, none of these groups seem to care much about what actual positions on
which issues the candidates hold. (Most supporters seem to have just one or two ‘hot
button’ issues if they are looking at anything but personality.) And they regard those who
choose to support a different contender as the ‘enemy’ to be opposed at all times and in
all ways. People are unfriending long-time buddies on Facebook over which candidate
they support. Threats are being made to delegates scheduled to attend the parties’
national conventions who support the ‘wrong’ candidate—by people from the same
party!
It’s irrational; it’s rude; and at its core it is utterly childish. Our national election
campaign has become a less-dignified version of the Disney Channel’s appeal to which
costumed imaginary hero you want to cheer for. Except that the Disney teens stuck to
arguing why their side was better, instead of insulting the other guys. But they’re young,
I’m sure they’ll learn it before they get old enough to vote. 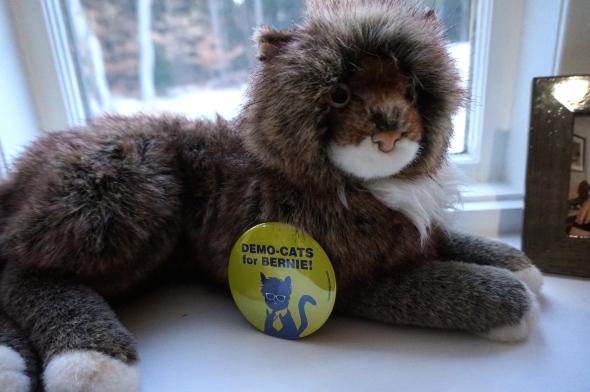 even pets have to take sides….

*Team Kasich is not mentioned because Team Kasich is not cool. Whether or not you
support him, John Kasich has stayed focused on his record, his positions on issues, and
why he can do better than his opponents if elected. He’s also the Not Cool candidate
who stands no chance whatever of leading the ticket. His presence in the race at this
time is focused on making the GOP select a candidate at the Convention because no
one will have a majority of delegates. (Which has happened before in my voting
lifetime.) Super not cool, boring discussions of budgets and such—he lacks the ability to
be turned into an interesting sound-bite