The Consequences of Signing a Letter

We often think of “celebrities” or those well known on the internet as the typical victim of bullying.  I sometimes laugh because people will write “I’ve had death threats!”, knowing that on another blog I write for, death threats are common place.

These threats come not because my blog partner and I are writing about something important or controversial.  They come because we’ve hinted one town had a poor cultural environment.  When I read about death threats and anger, I laugh not because I am amused, but because it just doesn’t happen to “important” people.  It happens to everyone.  I want to say “I get you are a BIG NAME, but this is a problem for little people also.”

The “I am angry and upset, and I will use the internet to get back at you and ruin you.” is commonplace these days.

When you sign a letter things can blow up

I was interested to see our local free paper, the “Villager” had an article about just such a case.  In small Hillsborough New Hampshire, the long arm of the internet has reached out to try to ruin a human being.  Hillsborough New Hampshire, like many small towns, has a lovely outdoor summer program.  These programs help keep children busy during the summer, and also offer employment to high school and college students.  These are good jobs that look great on future resumes and college applications.  Hillsborough is considering canceling their summer recreation programs because of an internet smear campaign.

It all started when the director of the program faced a letter signed by many of the high school employees about how he ran the program.  Hannah Matteson, an adult employee had 12 students sign a letter of complaint.  Now Matteson being an adult should have be clear with these students what signing a letter such as was being sent could mean to them personally.  As an adult, I would hope she would have been clear that this was a “big deal”.  That charges in the letter would need to be investigated, that the students might be interrogated, and that this could reflect upon their future employment if the charges were unfounded in anyway.  It’s very brave to take action like this, but it is brave because there are consequences.  When you attack a person in such a way, by sending a letter to the people employing this person, you are under an obligation to make sure your charges are as correct and clear as possible. You could be costing a person their ability to earn a living or get another job.  So personal opinion only, I think she owed them a full explanation of what signing this letter meant. 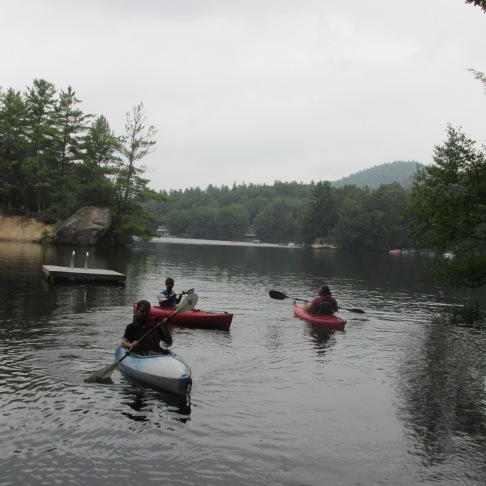 Summer not so fun in Hillsborough

The employee that the letter was about, was found to cleared of any wrongdoing after an investigation.  But sadly that employee still found he had to step down as the online damage to his reputation and the town endangered the summer program.  The Villager states that confidential letters ended up on the Face Book Community page, along with the names of those that wrote them.  These letters were not meant to be public, but once on the internet gained a life of their own.  You can’t “take down” anything that goes up on the internet and expect it to “go away.”

Second, one of the signers of the first complaint letter, called to ask for her job at the summer camp this summer.  She was informed why would she want to work for the same person that she wrote a complaint letter about, indeed if he was as horrible as she claimed surely she would not want to keep working for him?  Her mother, Danielle Snow, made a complaint on her daughter’s behalf, saying that Molly Snow is protected under the “Whistle Blower” first amendment protection.  Only of course, Molly’s whistle blowing did not result in any charges and were found to be without merit.  And so Molly has to learn a lesson that all of us should know, you can’t make charges against someone that aren’t found to be true, and then want your job back.  Whistle blowing doesn’t work unless you are truly sure you have a good case.  Obviously Molly didn’t feel the case was bad enough that she wouldn’t work in the summer program again.  If she felt the courage of her convictions, she would have said “Well the letter was correct, or I would not have signed it.  Even if the person was found not guilty, I would never sign a lie, so I do not choose to work there again.”

I’m just speculating, but perhaps Molly should learn the lesson that you don’t sign anything you aren’t willing to stand by.  That there are consequences for any action.

Don’t sing anything, unless it is truly worthy of your signature and stand by it

Also sadly, Molly will have her vengeance, as will the other 12 signers, as the person that put the letters online is still engaging in internet vengeance.  The kind where someone will google a name before hiring someone and go “wow, well I probably should not hire that person.”

Through the power of anonymity, busy-man23@hotmail.com can continue to spread private information online and hurt people without consequences.  The consequences for the others though are lasting.

When Molly Snow applies for college or a job, if someone googles her name what will pop up first?  Employers and colleges now do this.  The children that signed that letter will find that it will follow them.  busy-man023@hotmail.com may or may not be able to hide.

It’s not just the big names that use the internet to “win”, it’s people like busy-man023@hotmail, that ruin lives without compunction.

Marvel Movies and Election Rhetoric »
« When a banana is more than a banana, psychic banana!

3 thoughts on “The Consequences of Signing a Letter”