My most welcome guest blogger is Jon Clafin, a wonderful friend via FB and I hope to meet him someday.  We’re only a state apart, and remember these New England states are small.  Jon is a terrific upbeat person, but like the Tin Man, in need of a heart.  Anyone who has not signed their donor card and also spoken with family about what you want to happen to your organs when you die….do so now before reading this blog!  You’ll feel better, and so will a lot of other people when you do pass on!  Hopefully not before finishing reading Jon’s guest post though.  Thank you Jon!

Think back for a moment and consider the social and scientific climate in 1940’s America. I think that it’s fair to say that during and since that time, many erroneous (unscientific) ideas and unscrupulous claims have been successfully tackled and (last I checked) science almost always prevails. The interesting thing is that a vast majority of these erroneous ideas were defeated without the aid of a “skeptical movement.” I find this fact both fascinating and curious.

There’s no doubt that our modern skeptical movement has many great and talented thinkers. These are people from all walks of life who are truly devoted to reason, critical thinking, logic and evidence, but I argue that the modern skeptical movement may also present a backlash… perhaps a inadvertent backlash that (accidentally) can work to keep the purveyors of nonsense and magical-thinking in business just a little longer then they would have survived pulling their pseudo-scientific scams in the 1940’s. I’ll explain.

I admit, part of the reason I’m involved is that it’s “Fun”. Admitting that is important. -Kitty

Historically, we have somehow managed to steer our way through the insanity of magically-based medical cures, creationism in the classroom, and many other silly and worthless concepts without boat cruises, political activists, glamorous dinner events, expensive hotel seminars, meet & greet events, paid lectures, pub meetings and book tours. Often these events simply regurgitate the same well-trodden material into the open beaks of those who already know and understand that material all too well. Yet, through modern history, we somehow managed to correct and even eliminate much of the incorrect silliness emerging from fledgling disciplines like magnetism, radiation, neurology, psychology etc. And we did this without a single hotel reservation, car rental or lecture… because (at the end of the day) the science takes care of itself. 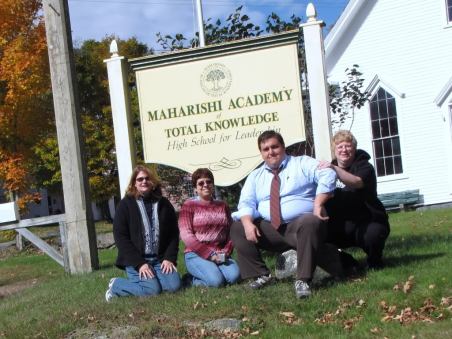 Misleading sign. We have a lot of things to learn.

Obviously there is no mistaking the important role technology and the internet play in all aspects of modern life, and I’m not arguing any abandonment of this extremely important fight. Skeptics correctly point to the expanding media as a vacuum that must be filled with accuracy and reason instead of magical-thinking. It’s a kind of crazy intellectual arms race and I understand this. But there is a fine line between getting the accurate word out and creating yet one more “blow-’em up” show for cable. I think we can all agree that the idea is to challenge magical-thinking while promoting critical thinking and reason to claims made about out world and how it works. Therefore it only makes sense to pursue the best and most efficient methods possible. However, I’m not so sure that we are currently doing this.

I believe that the modern skeptical movement introduces many complex layers of personalities, drama, raw unchecked emotion and political affiliations with every skeptical message we promote. This gives our cultural competitors a big juicy target to aim for, and takes the public’s eye of the actual argument. The way it’s currently done, the cultural or political affiliation of the skeptics becomes fodder. The debating styles of the skeptics can also become an issue. And the constant rehashing of UFO’s, crop circles, Bigfoot and ghosts becomes a kind of reverse Achilles’ heel for skeptics as it makes us appear like a middle-aged high school athlete frozen in ancient glories. It’s tired and we should simply move on.

…..and yet another ghost photo to be debunked?

It’s my argument that although I understand the lure; the lipstick, glitz and glamour is ultimately the wrong way to go –and I think history supports this view. I feel we should be doing actual scientific research showing the public exactly where the truth lies, and certainly not interviewing each other at expensive seminars regarding debunking claims that we’ve all heard and took place 30 years ago. Another MythBusters clone or full-color magazine will not help. The quiet steady and evidence-based hard work of scientists and non scientists will drive the point home like it has so many times in our past.

Consider that many working scientists at the cutting edge of the science we all point to aren’t even aware of the modern skeptical movement. Think about that the next time you hear someone quoting study findings to a Christian fundamentalist… chances are that the people actually conducting that study are completely unaware of how that data is being used by the modern skeptical movement in “promoting” science.

Think of the work that could be done by skeptics in addiction research alone… turning basic critical thinking skills to the claims as well as the development of solid answers regarding this research could improve the lives of millions. Instead we are running around slapping each other on the back and giving talks and lectures to rooms of people who already agree with us. I’m simply saying that maybe it’s time to roll up our sleeves and do some actual work and stop the self-promotion. That’s how it was done so successfully in the past.