Thanks to Claus Larsen for helping sub here at Yankeeskeptic while I’m dealing with a health issue.  Look for other guest posters over the next couple of weeks.  Thanks for all the good wishes also! 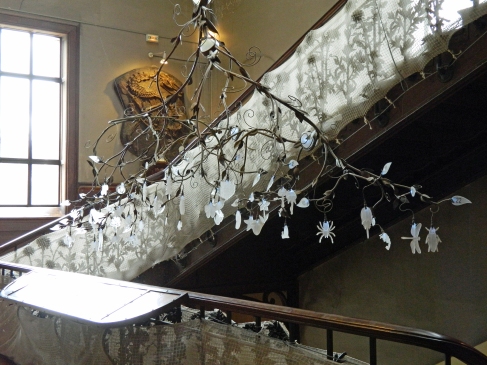 This debate has spawned an often heated debate in skeptical/scientific circles, where some has argued that Bill Nye should not debate Ken Ham, for varied reasons.

I would like to address four reasons why scientists should not debate creationists, and why I think the reasons are wrong.

This negates the very need for scientists explaining why some things
just aren’t true, and what is true, and why.

What use is it to preach to the choir? They are already convinced that
you are right.

If anything, scientists, and those who advocate science, need to go
forth and teach. We will never combat ignorance by not reaching out to
those who need to hear it the most. At worst, we help to create, and
even widen, a divide between those who know, and those who do not.

By engaging in debate, you will not only decrease the level of
ignorance, you will also learn a great deal about how people believe
falsehoods, and – perhaps the most important thing – why they believe
them. You cannot combat ignorance in people, until you know why they are
ignorant.

It is correct that creationists throw out a lot of claims, often in a
very short time. However, successfully debating any issue will require a
thorough understanding of not just your own side, but very much the side
of your opponent. Also, study his methods: Which arguments does he use,
how does he react to various explanations?

In short, you must do your homework. You cannot win over those with
false beliefs, or even sow doubt with them, by relying on snide remarks.

#3: Having read every creationist book will not work, or even
knowing all their arguments, and how to tear them apart. If it takes
your creationist opponent one minute to present his argument, it will
take you one hour, maybe one whole day, to debunk.

You do not need to cover all the arguments presented to you during the
debate. Point out in your introduction that creationists usually engage
in the so-called “Gish Gallop”, an avalanche of claims, each taking a
much longer time to counter than to present.

But this is a weakness in the creationist’s presentation, because it is
not up to you, as a defendent of evolution, to provide evidence against
any claim your creationist opponent throws out there. Hammer this home,
to the audience: The onus is on the claimant. He, who makes the claim,
carries the burden of proof.

This is, after all, what your creationist opponent require of you, when
you argue the evolutionist side, so why shouldn’t this apply to him as
well? Whether the audience is on your side or not, they will understand
the need for equal demands, for both speakers.So, the more claims your creationist opponent throws at you, without
providing any evidence or explanation, the weaker his argument becomes.#4: Regardless of your debating skills, you will always lose,
because your opponent will gain financially from the debate. You are
therefore aiding them in their fight against science. Your arguments
won’t be heard by creationists anyway.Reply:In this case, it is true that the debate will put money in Ken Ham’s
pocket, not by Bill Nye writing him a cheque (this would mean that the
money comes from Bill Nye, which of course it does not), but simply by
participating in a debate that draws a paying crowd.But the opposite is also true, if the debate was held on Bill Nye’s
turf. If debating creationists on their turf is bad, because it benefits
the creationists financially, all the more reason to hold such debates
on your own turf.

Even so, we have to weigh the downside of increasing our opponents’
financial status against the benefits the general public gets out of it.
There is no question that this particular debate has gained attention
outside both creationist and scientific circles. If we are effective, we
have a golden opportunity to reach out to audiences we would not
normally be able to get hold of. All such opportunities should be
welcomed, also if it means a little extra money in the wrong pockets.
Even if Ken Ham makes $22,500 from this debate, what will it cost him in
the long run, by having his arguments effectively countered by one of
America’s best science educators? And on tape, too.

Not all creationists will hear the debate, but the mere fact that it
exists enables us to point to it, when we happen to meet some of them.
Then, we can, calmly and thoroughly, offer to go through the debates
with the creationists, and point out where Ken Ham is wrong, and why
Bill Nye is right.

That, in itself, is worth much more than a few measly dollars.

Christian to Atheist “You are so closed minded!” (Nye-Ham Debate) »
« The Mammy Doll, where history meets PC