“What’s that?” demanded Viola simply, who was never afraid of showing ignorance and did not know how rare this fearlessness is.”-Stella Gibbons

I often admit to being not your stereotypical skeptic.  I wasn’t a science or math or computer major in college.  I’ve always worked jobs that require creative more than critical thinking.

While I am proud of attending all the TAM’s held in the US, I almost was lost to the skeptic socializing at TAM 2, held at the Tuscany in Las Vegas.

I was totally overwhelmed at the first TAM, held in Florida. A lot of people don’t even remember I was there (there is photographic evidence).  I was so nervous as everyone there seemed so much smarter than I was.  Randi was, and is, my hero.  I had no clue at that time he would become a beloved family friend.  Whenever Randi was around that first TAM, my husband joked I shook and stared, unable to even say “hello”.  Randi was warm and welcoming, even to this woman that couldn’t quite speak in his presence.

I just sat in wonder, listening to incredible talks. I was a novice skeptic having my eyes opened and my brain was almost unable to process all the new things I was learning.  What I was learning was how to view the world in an entirely new way.  Critical thinking skills I was in desperate need of I was soaking up like a sponge.  I couldn’t talk to anyone, I was too busy listening.

TAM2 was bigger, but not by much.  By that time I had made friends on the JREF forum and even volunteered to help out so I would be forced to talk to interact with others.  Everyone was so welcoming, but I was rather afraid of being found out.  This was for smart people only, right?

Everything seemed to be going well, there was the chocolate challenge.  Attendees from around the world brought chocolate to be judged, as everyone was sure their part of the world has the best chocolate.  There was a horrible lounge singer and we all enjoyed dancing to his music. It was really just a lot of fun, and that was something I had never expected to find with a group of skeptics.

Then I saw someone wearing a t shirt with a joke I did not get.

“What did you do to the cat, it looks half dead!” Schrodinger’s wife

Now Schrodinger t shirts featuring cats are everywhere, but at the time, over 10 years ago, there weren’t cats galore avoiding Schrodinger’s boxes.  So I asked “What does that shirt mean?”  I asked the wrong group of skeptics what this question.  The group, of about 4 people, just looked at me and someone said “You mean you don’t get that t shirt?”  The others laughed.  No one explained it to me.  What as funny wasn’t the shirt, it was that I didn’t understand the joke.

I sat down quite sad.  I had been found out.  I had never taken a physics class.  It was then that a reporter, covering the conference, sat down next to me.  He carefully explained the joke, and I was able to laugh. I then confessed I obviously did not belong at this conference.

He then said the words that kept me coming back to TAM after TAM .”You do belong here, in fact you need this far more than any of them do!”  He talked about how people easily are fooled, and how critical thinking isn’t just for an elite few.  “That group will probably never be fooled into giving up their savings to talk to their dead child, or investing in a perpetual motion machine, or die from trusting an alternative medicine.  You might, because math and science, subjects that help teach critical thinking, just did not come easily to you in school.  You are like me, I enjoyed writing, so I skipped as much math and science as I could. Only once I became a journalist did I learn the investigative skills that made me a skeptic.  You belong here, and now that you know about Schrodinger, you can also enjoy the joke. ”

My skeptic friends all help explain the jokes to me these days.  The ones that just laughed at me, they weren’t worth my friendship.

I was reading a book by Stella Gibbons “Nightingale Woods”, and when I read this bit it really resonated with me.

“What’s that?” demanded Viola simply, who was never afraid of showing ignorance and did not know how rare this fearlessness is.

When someone says “What’s that?” remember that takes a lot of bravery.  I’m still working on it.   I know that often the answer might still be laughter, but there are those that will also take the time to explain it to me.  Those people are true skeptic educators.  Skepticism is for everyone.  It saves lives, it enables us to see the beauty of the true world, and it has to be welcoming.  The people that most often need skepticism and critical thinking skills, aren’t those that have already learned it in college or have the ability or inclination to be self taught. 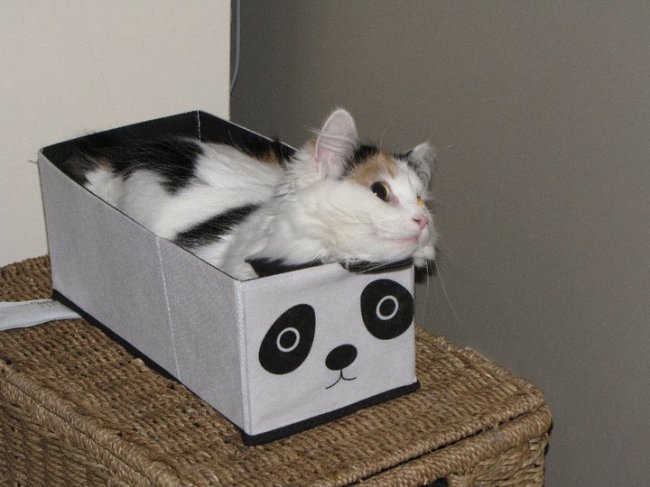 Jennifer Ouellette is a wonderful resource for educating the “average” person about science.  Anyone can enjoy her books and learn from them. I simply devoured them and soon found myself laughing at the science jokes.  If you want to give a gift this holiday season to your non science major friends, that don’t always get your jokes, go to Amazon and order Jennifer OUellette’s books!  Your friends will thank you.

As for myself, I became comfortable enough to even make some jokes of my own (with the help of my science minded skeptic friends).

Schrodinger’s dog points out that cats really like boxes. 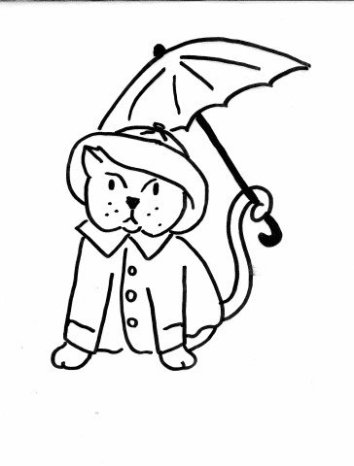 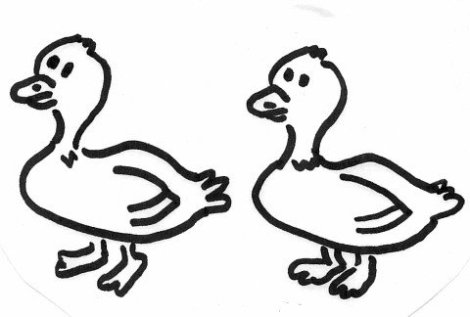 Please enjoy all the animals…

Paris Pickpocket, so good you can’t even get upset! »
« Charlie Chan, Culture and Race Portrayals