My itchy scratchy heart….or I’m not dead yet!

I spent a lovely Saturday night not at my house, but at a local spot in Keene  New Hampshire, where I waited upon by a wonderful staff.  My every need was taken care of, and the staff was so concerned with my well being they even came in at 1am to check on me.  In fact, all night my well being was monitored.

By “monitored” I mean I was hooked up to a heart monitor and blood pressure cuff, and had a shunt for an IV in my arm at the ready. 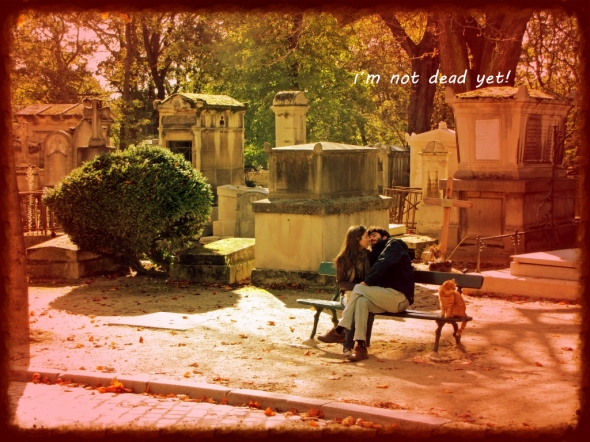 Saturday morning my husband and I were watching our favorite astronomer, Phil Plaitt, on Discovery.  He was talking about asteroids, and various ways things from the sky can kill us, when I began to get a tight feeling in my chest.   I’m sure many people watching Phil talk about asteroids felt a little nervous, but I had read his book.  This was not causing anxiety.  Something was wrong. Within a very short period of time,I was having trouble breathing.  My husband, an asthmatic, suspected some sort of allergy attack.

He threw open a window and made sure I had fresh air.  He finally threw a coat over me, and supported me to outside into the freezing air.  The pain was just horrible, and grew worse and worse.  I finally tried lying down, and found that was the worst position to be in.

At this point, even though the symptoms were not correct for a heart attack, I was obviously in distress so we took off to the local hospital in Keene New Hampshire.

It is about a 20 minute ride to town from where we live in the country.  I just felt comforted, as I knew the hospital has a good reputation.  We pulled up and went into the ER.  I sat down in a chair, where I was told “We’ll be with you in a minute”, and they truly were “with me” in less than a minute.  As soon as I gasped and gestured at my chest, I was whisked into the ER room before they even knew my name.  I’m used to going into the ER for children needing stitches and high fevers on weekends.  I’m used to waiting.  If you are a suspected heart attack in the making you don’t wait, at least not in Keene New Hampshire.

I was immediately surrounded by people, I was crying from the pain at this point.  I was given aspirin to eat “Just chew it up!”, a heart monitor was connected to me. A really nice young man hooked up an IV shunt.  All this as they shot questions at me and were at the same time reassuring.

I told the young man working on my IV that it felt like the “Alien” movie and that monster was going to pop out any moment.  He replied that I was the first woman that had ever made that movie reference,  but that men tended to do that a lot. 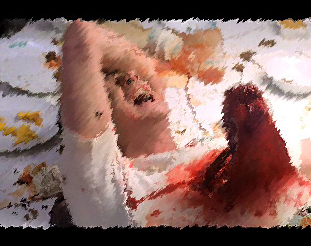 I was dealing with a lot of pain, but was aware I was going to getting the all important EKG.  I had my eyes closed, and the doctor brought in to read it said “Oh my GAWD!” That opened my eyes. While my life was not flashing before my eyes, I was reflecting on how good a “run” I had.

The doctor saw my expression, and laughed.  She said she saw the EKG machine had not worked, and was expressing her sentiments on it.  She was young, perky, very beautiful, and competent.  I felt very confident with her in charge.  The EKG , when it decided to work, was ripped off the machine, the blood was sent to the lab, and I was off to X-ray.

While my fate was being decided, and we were comforted by the very normal lines on the heart monitor, we enjoyed the entertainment any ER gives.  There was a man in another bay, he was asked for a urine sample.  Peeks of him from my curtain showed he was just wearing his tightie whities, and was feeling rather happy.  The nurse soon came back, and demanded “A urine sample, and this time NOT water!”  I suggested my husband offer his pee for $50, we were going to need the money to pay for the ER bill.

The doctor came back, with a conundrum.  My EKG showed my heartbeat was not normal, but the blood work showed I had not had a heart attack.  My extreme pain showed something was going on, but what?

I stayed.  Protocol was that I wait for 6 hours, then the labs would be redone.  Keene has a lovely observation area in the ER, so I was tucked in, wired up, and shown how to work the TV.

6 hours later, tests redone, same results.  Something was going on, but what.  The perky doctor said she recommended I spent the night.  My husband, who rarely sees a doctor and believes “If you go to a doctor, they will keep testing you until they find something.” was for my going home.  However, Dr.Perky showed him my EKGs and explained just why she was concerned.  She’s good at convincing.  I agreed to spend the night.

I was afraid I would be bored, but at that point I got some pain meds.  I was 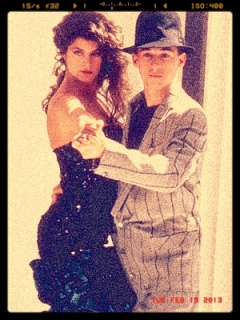 A little oxycotin and this movies is FABULOUS!

soon watching that unknown, to me, classic movie “Loverboy”.  That movie is wonderful.  Kirstie Alley shows her comedic talents, Carrie Fischer is hilarious, and I laughed and laughed.  The adventures of a pizza delivery boy, who made deliveries of more than pizza to Kirstie and Carrie when they called for a pizza with “extra anchovies”, amused me until it was time to sleep.  I drifted off wondering why the movie was never nominated for an Oscar, though I have the feeling it is because the reviewers weren’t high on pain meds when they watched it.

The staff treated me so well.  I was given the “heart healthy” dinner, and for hospital food it was not bad at all.   I had to ring to be “unplugged” to use the bathroom, but other than that it was a restful night.  Yes, once every so often the automatic blood pressure cuff would go off, startling me from a deep sleep.  I also had more blood work and another EKG at 1am, but it was quickly over. It was comforting to know my heart was being watched by Keene’s finest all night.

The staff did something unheard of in the morning, they let me sleep in.  It was 8:30 when my husband awoke me, and shortly after that the eagerly anticipated cardiologist came in.  We could hear him working at his laptop, I’m sure reviewing all the EKG’s and the blood work.

I knew the doctor, from a recent stress test, and he asked just a few questions.  Then he listened to my heart, but in different positions.  I had to sit up, lay down, and lean forward.  As soon as he was done he said “That was easy”, which was kind of ironic as my husband works for STAPLES.  It only took that quick listen for him to tie together the conflicting EKGs and blood work.  There is a reason cardiologists make the big bucks (or should!)

He looked at me and said “You have pericarditis”.  I was clueless, but one of the reason I love living where I do, even the small town specialists take their time to really explain things.  I have a virus, or irritation, of the lining that surrounds my heart.  My heart was doing fine, but it was irritated at the lining.  When I would breath, my lung would rub across the lining, and that was causing the pain. 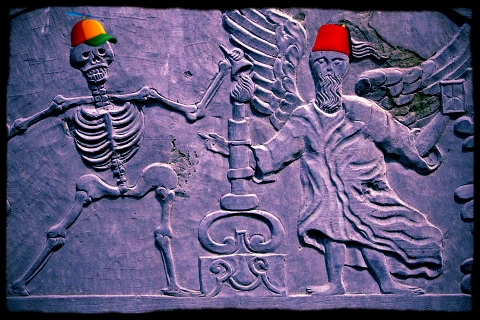 Get Back! It’s not time yet, I’m still having too much fun!

2 weeks of rest, Tylenol, and keeping an eye out that the irritation does not cause water to build up on my heart was the cure.  The doctor knew what was wrong when he heard a slight scratching sound when listening to my heart beat.  One of the nurses came in so she could hear also.  That also impressed me, she asked permission so that she could “learn something”.  She listened and said “If I hadn’t know what to listen for, I wouldn’t have heard it!”  It takes an experienced cardiologist to know just what that small scratchy sound indicates.

So, my scratchy heart lining is still hurting me, but I am glad I stayed over night so that I had a diagnosis besides “alien about to burst out of my chest”.  Also, it was a good insight on how a suspected heart attack is treated at our local hospital.We hear a lot about the bad jobs our hospitals do, but this was a case of everything being done correctly, and a friendly upbeat staff that wanted only to put me as ease and be supportive. 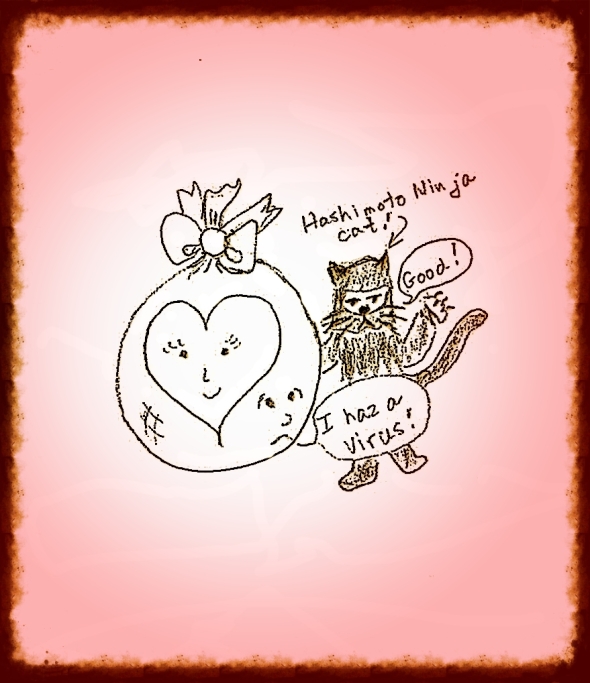 This is what was wrong, darn you HASHIMOTO!

It’s a bit hard for me, as the people that get this tend to have HIV, TB or have been recently in a cave. I plan not to take up spelunking as a hobby.  The Hashimoto disease I have is the most likely cause. I know I have to work on getting my medications just right and have to learn to live with an auto immune disease.  It’s not fun, if this is indicative of the surprises I might have in my future.

I did get to reflect that I was pretty pleased with my life.  My two daughters, while loving me very much, were doing pretty well.  They would miss me, but they didn’t need me anymore.  I had been some wonderful places I’d fallen in love with and was lucky enough to visit, and had a husband that would also miss me.  I imagined he would drown his sorrow in model trains and vintage Atari games.  Most of all, despite having some major illnesses through out my life (I was a preemie and have been told that may be way I’m less than “perfect” when it comes to my health), I’ve also had a lot of fun.  I’ve been able to be friends with wonderful people, and keep meeting more wonderful people and friends as I go through life. 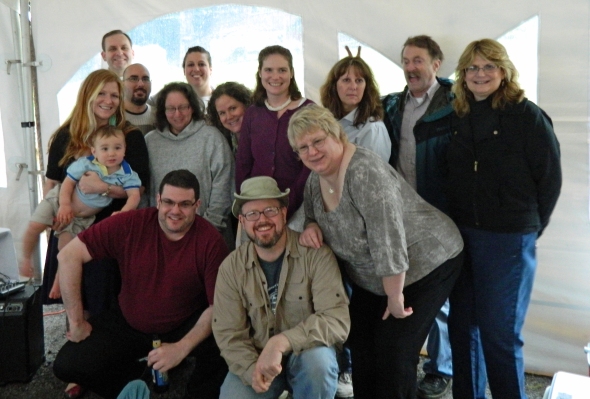 I can’t go yet, not with the best friends in the world!

I hope I have many many happy years ahead, I’m simply enjoying myself too much to want  it to end.  But, it was a good feeling to also reflect that I didn’t have many regrets, and appreciated how lucky I have been.

2 weeks of rest, and then on to another day and more adventures.  Life is good, and I have even a deeper appreciation for it since my overnight visit to the local ER.

Friday Fun Flick! Randi finds Jesus »
« When you get sick in France, expensive water is not the cure!

3 thoughts on “My itchy scratchy heart….or I’m not dead yet!”