While everyone enjoyed ALL the Kipling house has to offer, the one room everyone seemed to enjoy the most was the basement.

I admit no one spent a lot of time in there, but everyone took photographs.

Also there was a lot of “What do you think this was for?” and “What was this room for?” 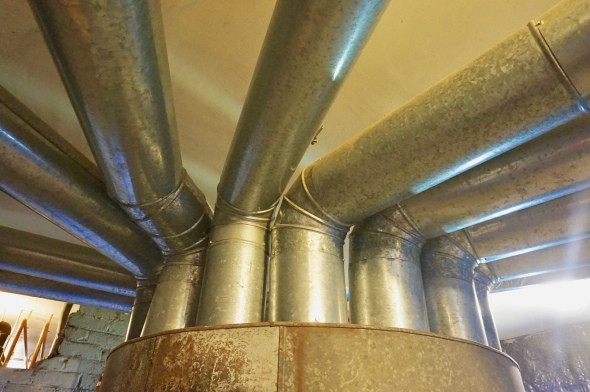 My friends are all the curious type, so a basement so far removed from their basements was a real pleasure.  The only one not too surprised was a guest that had just redone his 1820 style house.  The Kipling home looked rather modern to him. 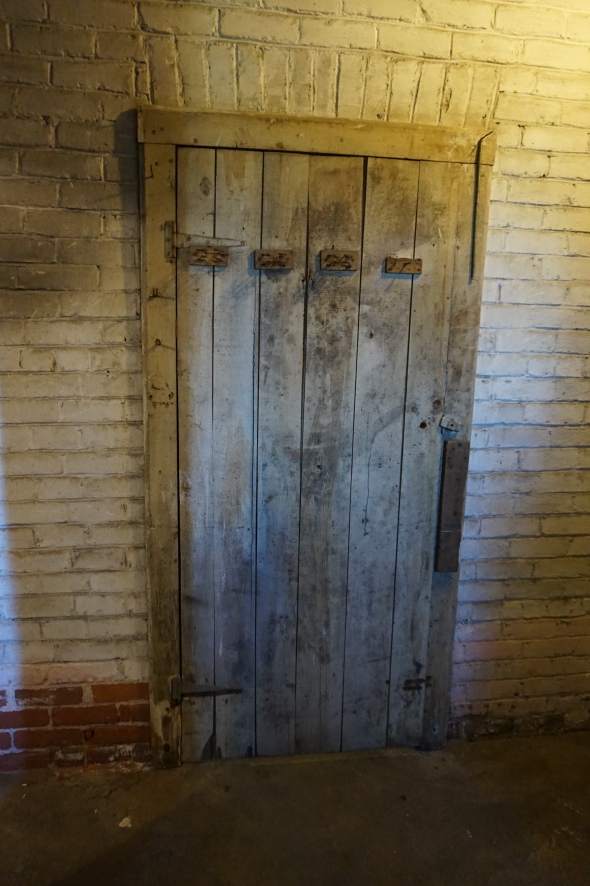 All the bedrooms have fireplaces, which suggests the home might not have had electricity when first built.  That meant the drudgery of kindling wood and early morning fires.  Still, with all the fireplaces, the house was probably quite warm.

for hanging mops and brooms?

The old cast iron stove has been removed, so that modern chefs can enjoy cooking there. But that stove probably kept most of the “servants” part of the house warm.  The bedrooms for the servants seem to have been right above the kitchen.  A large stove was often kept running all night, ready to be stoked up in the mornings.

One thing about the large pieces of metal that kept Naulaka running, is that when they were replaced by more modern equipment, the old stuff just stayed in place.

That means the delight of a steampunk style water heater that also has a little stove part that reminds me of the robot Bender.

The owl with the cigar……

Then there is the huge octopus of pipes running all across the ceiling.  It’s suspected these conduits are still used to supply heat to the house today.  While coal isn’t shoveled into the large burner, those pipes still do their job.

When there is a large glacial rock in the basement, what do you do? You just build around it. 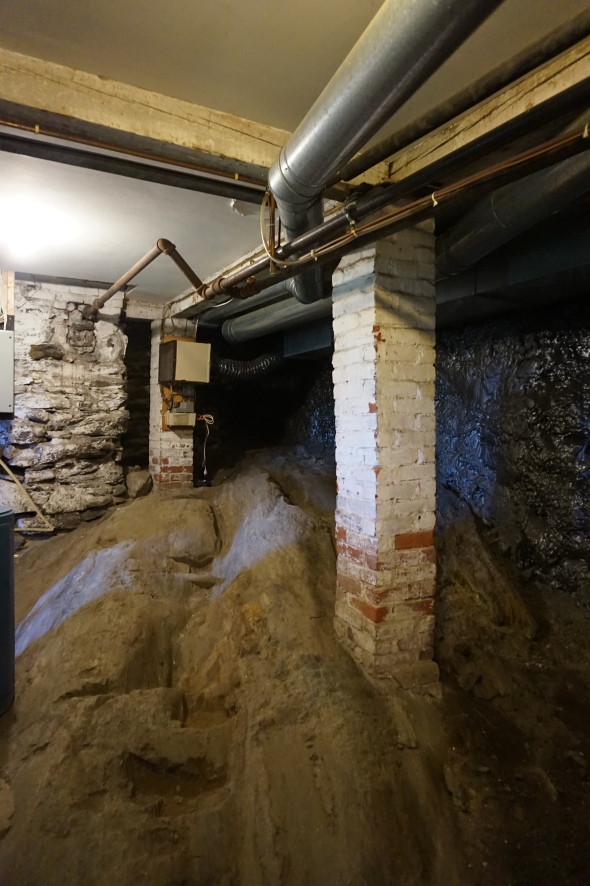 Some of the little rooms that contain more modern, and smaller sized, equipment are rather spooky.

It even has a wee door on top! What was in here?

The room on the end was the subject of much debate.

What was kept behind this thick door?  Cement has obscured what might once have held ice, and kept cold items cool during a Vermont summer. 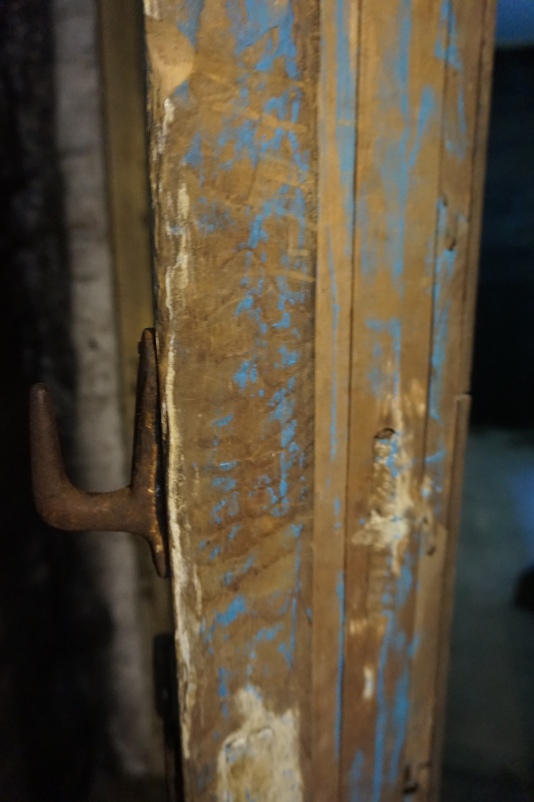 The electricity seems to have been updated, a bit.  This box no longer controls the electricity but it was a lot of fun to pull the lever up and down. 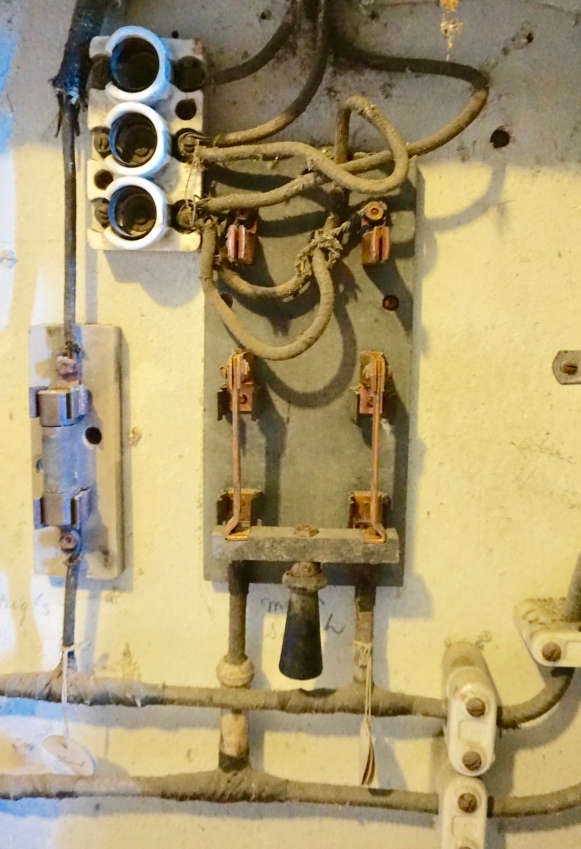 Another fun looking device with a cool dial has an article that explains how it was used when it was the newest thing.  Now it just looks fabulous in the basement.

Naulakha is a house well worth investigating from bottom to top.  When I went on a lovely tour with the Historical Society of Cheshire County, my husband asked if he could look at the basement.  A lot of other people were “Yes, I’d like to see the basement!” 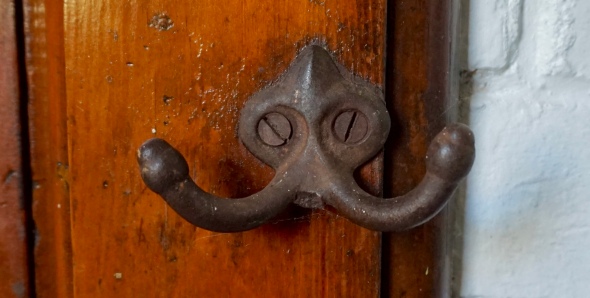 Vintage octopus is too civilized to want to fight.

So if your chance ever comes, don’t forget a drop down to the bowels of the house.