Lost Doctor Who Episodes? How Dr.Dim was fooled.

Back on December 17, 2011, on my show, Dimland Radio, I got something wrong. Some might point out I’m wrong so often, how could I be able to pinpoint one particular occasion? But, let’s leave my wife and son out of it.

It was on the infamous Spilt Beer show that I made the mistake. I should explain that it’s called the Spilt Beer show, because, as I went on the air, I knocked the beer I had been enjoying onto the floor. And because I was live I just had to continue the show and take care of the spill later. Luckily, I had a song by George Hrab queued up, so I went right to that.

The song ended, the beer spill was dealt with and I continued the show with a news item I had spotted on Facebook. If I wasn’t at the time, I am now aware that one should always take great care when getting news items from Facebook. This incident was part of my learning process.

I was so geeked about this news item I had called my wife from work to tell her about it. She said, “That’s nice, dear” or something like that. And when the show rolled around I knew I had to share it with my audience. 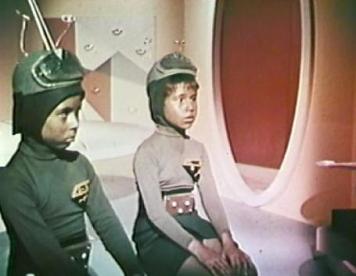 According to BBC News (at least, that’s what the masthead says, the URL is different), astronomers at the Arecibo Observatory in Puerto Rico had received old TV signals which had somehow bounced back to earth. And in those signals were lost episodes of the popular sci-fi series Doctor Who. My geek meter was overloaded. It seemed legit to me, so I ran with it on the show.

It was when I read, on air, the part of the article that stated that the BBC would be broadcasting highlights “later in the year” after the signals had been collected and digitally cleaned.

“Later in the year?” But there was only a couple weeks left in the year. Something seemed wrong about that statement. While I was on the air, I told my listeners that that seemed odd. Shouldn’t we have heard about the lost episode highlights being televised?

I scrolled back to see what date was given for the article. It was 2009. April, 2009. (Don’t get ahead of me!) I told my listeners that I would have to check into this a little more closely and that I would let them know when my show returned in the New Year.

When I went off the air, I immediately began Googling whatever information I could find. Had the highlights been broadcast? I couldn’t find anything on that, but I found one site where someone commented that readers should check the date of the article.

(All I want is the missing Yeti episodes-Kitty)

So, when my show returned on January 7, 2012, I did an “It’s Not True” segment calling myself out on my gullibility. I was so excited about the alleged find that I ignored something I had said later on that very same show in which I made my error. And it’s a pretty good example of irony.

After my geeking out about the lost Doctor Who signals bouncing back from space, I mentioned something I had recently learned from the science podcast, Big Picture Science. Namely, that our television and radio signals that have been leaking into space since the early Twentieth Century are way too weak for us to detect with our current technology. We have to hope that any intelligent extraterrestrials out there would have better equipment and be able to find our old TV and radio programs. It just didn’t connect in my head while I was doing that show that we wouldn’t have been able to find any bounced back signals. We can’t even tell if there are bounced back signals. How’s that for irony?

Since then I have learned to make sure I do my due diligence and not go off half cocked. Mostly.