Thomas Paine and the Time that Try Men’s Soles

When I was a young child in 7th grade studying the American Revolution, the class touched only briefly on Thomas Paine. He was the English born writer that communicated the purpose and passion of the Revolutionary movement through his prose. Still, as the site ushistory.org states, “But his radical views on religion would destroy his success, and by the end of his life, only a handful of people attended his funeral.”.

My 7th grade history teacher spoke of Paine with much disdain. “Paine was an atheist”, my teacher spoke the word “atheist” as one would speak the word “pedophile” or “communist” (this was the 1970’s). My teacher then related how Paine was so hated, cobblers would hammer a “T” and a “P” in the heels of shoes so that everyone when they walked would be stepping on the most hated man in American history.

I could only suppose that Benedict Arnold not being an atheist made him more slightly more beloved than the man about whom John Adams said “History is to ascribe the American Revolution to Thomas Paine.” I was taught, along with my classmates, that Thomas Paine was a hated atheist. I even considered checking my shoes to see if the poor man’s initials were still on heels. My teacher was of course a good Christian, and wanted us all to make sure we knew that an atheist, even an eloquent atheist that helped win our Revolution, was to be rightly shamed.

I grew up and became a skeptic. I learned Paine was someone to be admired. My friend Steve at a Skeptic in the Pub meeting mentioned Paine’ writings. I mentioned the cobblers. Everyone at the meeting gave me a blank look. No one had heard the story. I realize I’m probably one of the older members, but my skeptic senses began to tingle. I suspected perhaps this story wasn’t true.

I emailed around and found my classmates from my junior high in Maryland all remembered, and still believed the story. However, an internet search showed no angry cobbler story. In fact, I learned Paine wasn’t even an atheist.

Dale McGowan, director of the “Foundation Beyond Belief”, assures me that Paine was an ardent Deist, and not did not identify as an Atheist at all. Paine even spoke at the Society of Theophilanthropists about the delights of Deism over Atheism. He said during his discourse “The universe is the bible of a true Theophilanthropist. It is there that he reads of God. It is there that the proofs of his existence are to be sought and to be found.”

While Paine was not your typical Christian, he was certainly not an Atheist.

Paine even begins to sound like a modern day proponent of Intelligent Design when he writes “It has been the error of the schools to teach astronomy, and all the other sciences, and subjects of natural philosophy, as accomplishments only; whereas they should be taught theologically, or with reference to the Being who is the author of them: for all the principles of science are of divine origin. Man cannot make, or invent, or contrive principles: he can only discover them; and he ought to look through the discovery to the author.”

Radical ideas for his time, but today we would object to this combination of science and religion.

But what of the cobbler?  The lone Google hit I could find was a youtube of a shoe dance in the United Kingdom.

The description of the video “In memory of Thomas Paine 200 year anniversary of his death.
SND is a legacy of a cobbler that made shoe nails with TP initials in so people could stamp him into the ground.”

At last, the story of my youth confirmed. There was even a dance about it!

Still, it wasn’t enough. Perhaps the cobblers, or cobbler, were angry at Paine for a reason other than his supposed Atheism.

Paul Collins, author of a book about Paine “The Trouble with Tom”, kindly answered my email inquiry about the cobbler story. Collins pointed me to Moncure Conway, a biographer of Paine, who wrote this in his 1892 book “The Life of Thomas Paine” Vol 2

“A symbol of how they were trampled out is discoverable in the “T.P.” shoe nails. These nails with the heads so lettered were in great request among the gentry, who had only to hold up their boot soles to show how they were trampling on Tom Paine and his principles. This at any rate was accurate.  Manufacturers of vases also devised ceramic anathemas.”

The book doesn’t say the cobblers and vase makers of England were angry at Paine because he was an atheist, they were angry because he was at the time espousing freedom in Paris.  This was a Paris that had just jailed and beheaded their King.  It should be noted Paine worked tirelessly to save the life of the French King.  Paine was eventually imprisoned himself during the Terror that followed and narrowly escaped execution.

The cobblers were simply meeting a demand from those that could afford to purchase shoes, an aristocracy that was afraid of losing their own heads.  The cobblers, if they were literate, would probably have had much sympathy for Paine and his writings supporting equality and justice. 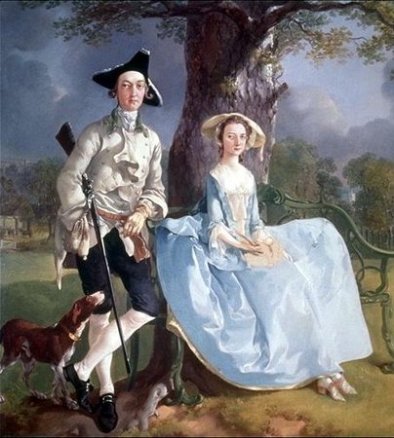 Paul Collins wrote, “Re religion — Paine did not consider himself an atheist, though his enemies did.  He was a deist, like Jefferson and Franklin; but unlike them, he was very overt in his criticism of organized religion, and that got him into far more trouble. While Jefferson did not misrepresent his own views, he was much more cautious about revealing them; when someone asked to see his correspondence with Paine many years later, Jefferson refused, saying something about not putting his head into hornets’ nests.”

The story about Paine and the cobblers nails appears to be true.  There are writings about it predating the Conway biography.  Later renditions of the cobbler story, like the one I was taught as a student in Maryland, turned it into an attack on atheism.  The moral of the story was you wouldn’t want to be an atheist, as people would hate you so much they would want to “stamp” on you with every step they took.

Paine, while slowly regaining his rightful place in American history, suffered much for writing not what people wanted to hear, so much as what he felt they needed to hear. That he is still being used by both sides in debates about Atheism is a credit to how powerful the emotions still generated by his work and name today.

Professional vs. amateur, successful skeptics can’t be defined by a label »
« Fun Friday Flick! Nice shoes! (Sherlock Holmes would know who is wearing them)